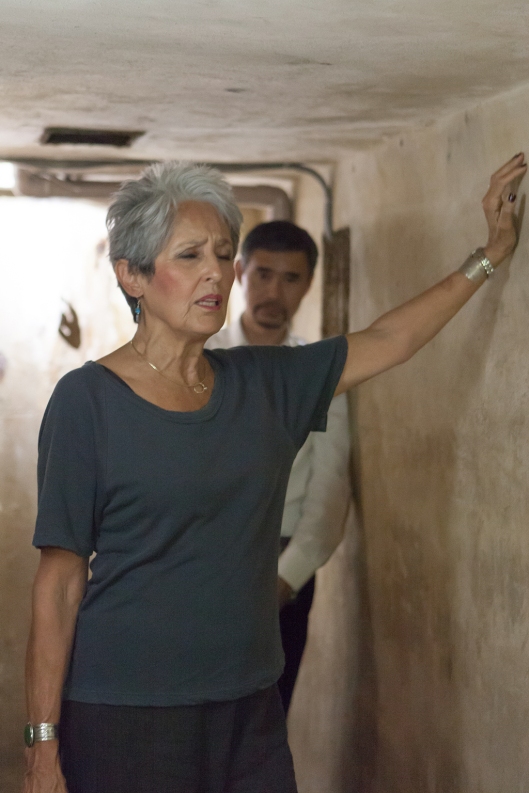 Joan Baez – a moving moment of silence – at the Metropole air raid shelter, where she had spent so many fearful moments. Ambassador of History, Duc, looks on.

Joan Baez – with director of PR; Le Nhung, and general manager Kai Speth – at the Metropole air raid shelter, where she had spent so many fearful moments. 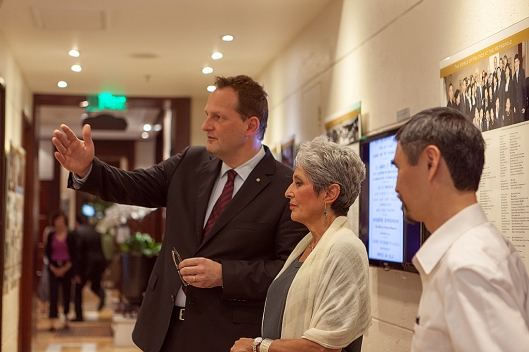 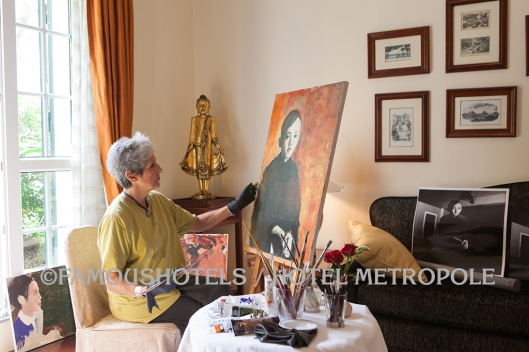 Joan Baez entering a new career: she is painting a portrait at her suite at the Hotel Metropole. Later, she donated that painting to the hotel.

For over one week, singer and former peace activist Joan Baez stayed once again at the legendary Hotel Metropole Hanoi. This time in peaceful days she remembered her days at the hotel during the dreadful ‘Christmas bombing‘ of 1972. 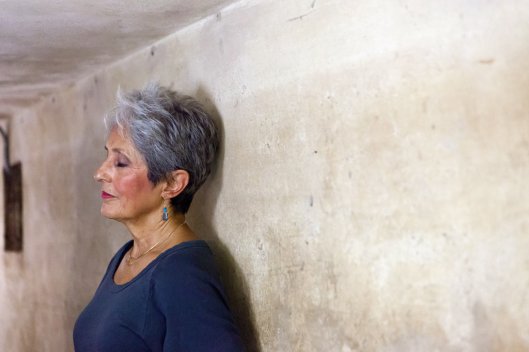 An interview which appeared during her stay:

The painting by Joan Baez, at the lobby of the Sofitel Legend Metropole Hanoi:
“My painting of an 8 year old Hmong boy hangs in the Hotel Sofitel Legend Metropole in Hanoi. The rotunda of the hotel (in the background with the flowers) is where we had the Christmas service in 1972. All of us were in the middle of a Christmas carol when the siren went off, breaking the ceasefire, and out went the lights and on came a candle, and I started to sing the calypso version of ‘The Lord’s Prayer.’ It got cut off by the bombing.”